Yesterday the whole school went on a field trip to see a real castle! We had been learning all about castles for the last few weeks so it was a great treat to get a tour of a real one!

We headed for Ross Castle in Killarney. We started with a walk around the outside of the castle to look at the windows, parapets, turrets, arrow slit windows and even the block work. 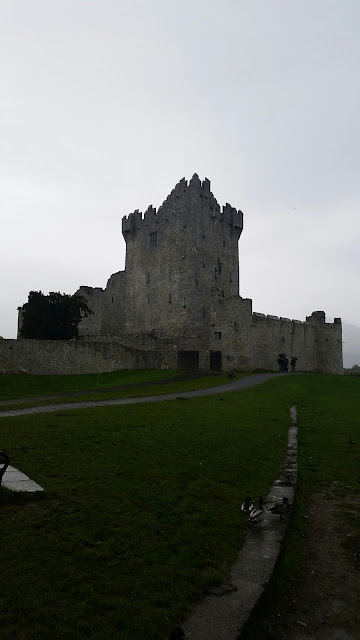 We were led into the soldiers' quarters. It was smaller than our classroom and they think that 15 - 20 soldiers used to eat, sleep and live there. There was also two cavities in each wall to store their weapons and belongings. There was a large open fire to cook on.

The door leading out to the spiral staircase looked like two doors stuck together. One door had vertical planks and the other door had horizontal planks. This was called a cross plank door. There were stuck together with iron studs. Long ago, these would have been spikes to defend the room. the spikes would have stopped attackers using battering rams and other weapons to get through the door. They wouldn't have been able to barge the door open with their shoulders without getting impaled on a spike. The cross planked door also meant that if one side splits along the grain, the other side would have a different grain and so the same would not happen. 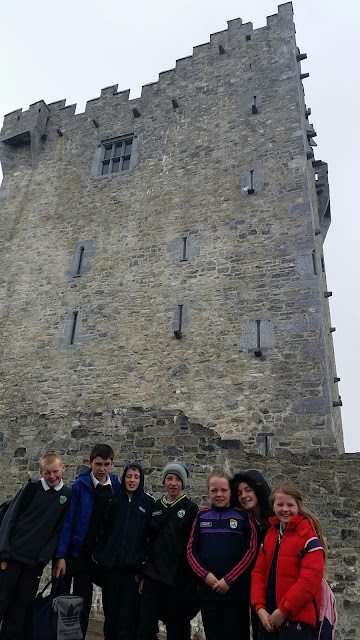 When we got to the staircase we had to be very careful going up. It was a spiral staircase with trip steps or stumble steps. These were steps of different widths and heights. It meant that attacking soldiers would not be able to run quickly up the staircase. They had to be very careful. The spiral also went around in a clockwise direction. All soldiers at that time were taught to use their weapons with their right hand. This meant that the attackers weapon was on the narrow side of the stairs and did not allow them to get a good swing at the defenders. The defenders had their weapons on the wider side of the staircase allowing them to get a good swing at the attacker from above.


On the first floor there was another soldiers' room. This could sleep up to 20 soldiers. We saw arrow slit windows called loop windows. This were built so that 3 archers could should shoot in 3 directions at the attackers without being hit themselves. The opening had an arch with holes for 3 beams. These were putt log holes which were used as scaffolding while the castle was being built. There was a hole in the wall by the cross plank door called a musket hole. This was for shooting at attackers that were at the door.

On the second floor was the Lord's bedroom. This would have slept the Lord and Lady in a bed. There would have been curtains around the bed to keep the heat in, The children and servants would have slept on the floor of this room. There was weaving in the roof of this room. The roof was weaved using willow  like a basket to begin with. Then some stone and mortar was put on top and left to dry. Then they plastered over this to create an arched ceiling. The willow weaving was left there for decorative purposes. The bed was really short. This was because in medieval times people had terrible respiratory problems. This was caused by the limestone dust used to coat the walls. They mixed limestone dust, pigs blood, crushed shells and animal fur. The blood kept the mixture together and the animal fur stopped it from cracking.

There was a very old wooden trunk at the end of the bed. Most of the furniture had been sourced from the continent of Europe to decorate the castle to give us a good idea of how it used to look. This trunk was made in Ireland of Irish Oak back in the 1400's. Tom told us that Columbus discovered America 1492 and that the trunk was older than this! He said that Americans were always fascinated with this information. 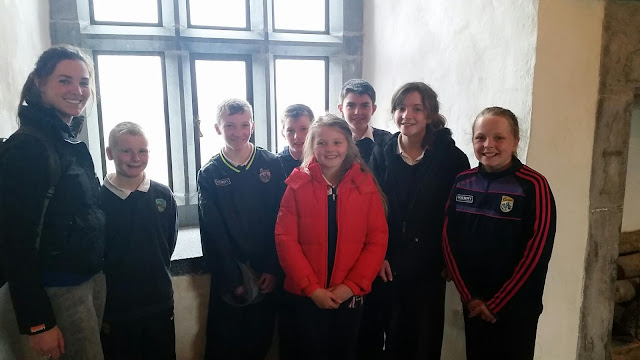 We headed back towards the staircase and passed a small room called the Justice Room. This was were the Lord settled disputes between clan members, It was a small room so that he could keep everything under control easily. 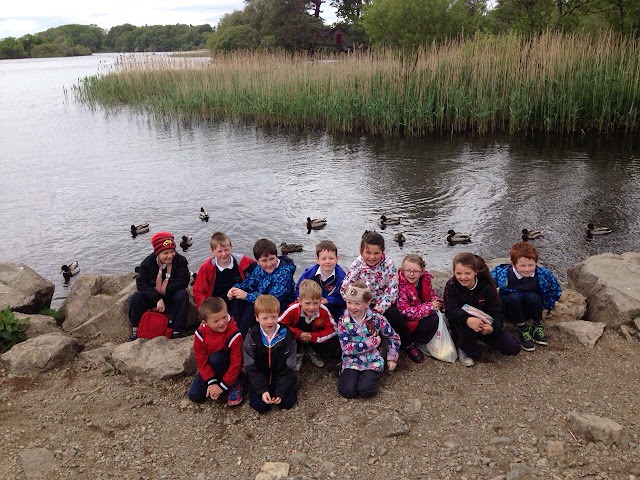 The next room was our favourite room in the castle - the toilet! (Or the Garderobe) The word garderobe comes from French and means to guard your clothes. There was a narrow passageway which lead to the right. it was freezing. There was a 3 foot long ledge with a chute down to a hole. This was were medieval people did their business. :) The ledge was wide enough for 2 or even 3 people to use at the same time! Ewww! The waste dropped down to a cesspit below and a gong farmer had the worst job of all! His job was to clean out the cesspit. He left some waste to rot so that ammonia would travel back up the chute and clean the clothes. It killed fleas and lice that might have lived in the clothes. Clothes were hung in the narrow hallway to the garderobe.

The  next room was the servants quarters. This would sleep up to 20 servants and their families. There was a mezzanine level where the children would sleep. There was also a big hole in the ground. This was called a Murder Hole. In times of attack hot liquids or tar were poured through the hole onto the attackers. 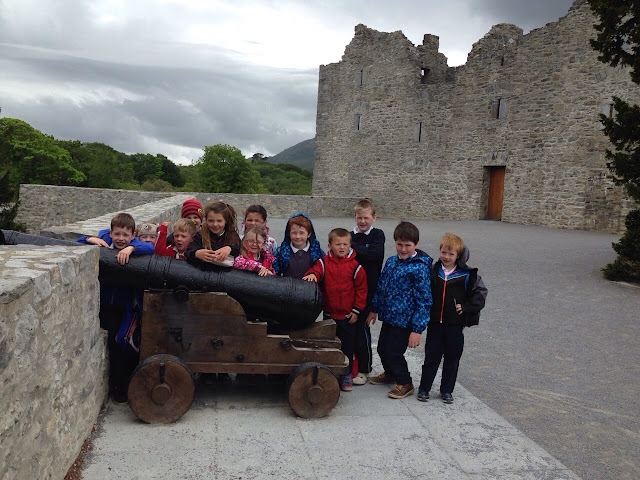 On the top floor, we entered the Great Hall. There was a long table at the top of the room. There was one big chair were the Lord would sit. is guests and family would sit on stools around the table or other tables in the room. Food was served on pewter plates. These were polished to make them look shiny and expensive. Pewter is made of lead so they didn't know this but they were poisoning themselves by eating from these plates.

There was a room off the Great Hall for preparing food. This was cooked over an open fire in the hall. Fat from the meat would drip onto the rushes on the floor. These were gathered and used as candles.

There was also a gallery above the hall for musicians, singers, storytellers, poets and entertainment. The stairs up was really narrow and small. We sang a song.